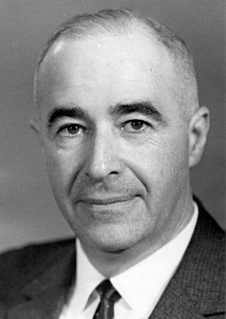 Studies in polymer theory were initiated at the Physics Department of Moscow State University by Professor I.M.Lifshitz (1917-1982). His first paper in polymers was published in 1968 [1]. It described the theory of coil-globule transition and discussed possible biophysical applications of this phenomenon.

Since the beginning of seventies I.M.Lifshitz, who had a Professor position at the Physics Department of Moscow State University (in addition to his main position in the Academy), starts to deliver a lecture course in polymer theory and to recruit new students to work in this field. A.Yu.Grosberg, I.Ya.Erukhimovich and A.R.Khokhlov were among his first students. At this time main attention of the group was concentrated on the investigation of the coil-globule transitions and various other phenomena in polymer physics of the same origin (collapse of gels, collapse of polyelectrolytes, compactization of DNA molecules etc.) [2]-[4].

Later former Lifshitz students together with the new collaborators have extended significantly the scope of the research. In particular, in the eighties considerable attention was payed to the theory of liquid-crystalline ordering in polymer systems [5]-[7] and to the theory of microphase separation transition in block-copolymers [8]-[9] and in other systems [10]-[11]. Such achievements as the first theory of nematic ordering in the solutions of stiff polymer chains with partial flexibility, development of the method to deal with the strong segregation regime in block-copolymers and the prediction of microphase separation in the solutions of weakly charged polyelectrolytes are associated with this group.

The field of statistical physics of macromolecules was covered in some books for students [12]-[13] and for popular readers [14]-[16].

Since mid-eighties in addition to the studies in polymer theory the group begins to be involved in experimental research in the field of polyelectrolyte gels, mixtures of ion-containing polymers, gel-surfractant interactions. Some early experimental studies in these fields are summarized in ref. [17].

In 1989 all these developments resulted in the organization of the Laboratory of Polymer Physics at the Physics Department of Moscow State University.

The head of this laboratory, Professor A.R.Khokhlov, is heading also the Laboratory of Physical Chemistry of Polymers at the Nesmeyanov Institute of Organo-Element Compounds (INEOS) of Russian Academy of Sciences (from 1991). The present brochure therefore provides the information also on the research of some of the scientists of this latter laboratory most closely related to the main directions of research of the Laboratory of Polymer Physics at the Physics Department of Moscow State University.

News of the chair and laboratory

The news are available in Russian only